GOMER THE DAUGHTER OF DIBLAIM (2) 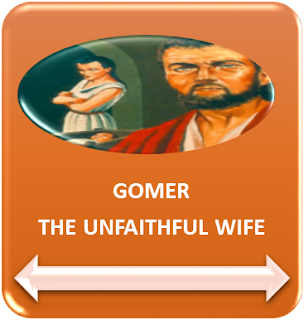 God gave Hosea an unusual command: “Go, marry a promiscuous woman and have children with her, for like an adulterous wife this land is guilty of unfaithfulness to the Lord” (Hosea 1:2).

Hosea obeyed by marrying Gomer, and the early days of marriage for Hosea and Gomer were probably beautiful as their love began to bud. and the couple had two sons and a daughter (verses 3–8).

There are some commentators who believe that God’s description of Gomer as “promiscuous” is prophetic—that is, God’s command anticipated her infidelity, and only later did she become an adulteress. Remember, our Lord and Savior used Hosea and Gomer’s relationship as an object lesson to show how Israel had sinned against Him by following other gods and how God remains faithful even when His people don’t.

We’ve studied that God soon blessed their marriage with a son. We can guess how Hosea’s heart must have burst with delight. Now, by this time, he’s probably convinced that his marriage would be better than ever with a son to improve their home. God named the baby, for his name was to have prophetic significance to the nation. He called him Jezreel, because it was at Jezreel that King Jeroboam’s great-grandfather Jehu had first come to the throne by ambitious crimes of bloodshed and violence and meaning "God sows." I would guess that the name was intended to signify the replanting of Israel back on its own soil after it had been dispersed in exile. Then there was a second son who was called Lo Ami, meaning "not my people, " to indicate God's rejection of Israel as His people because of its faithlessness. Lastly, Hosea's daughter by Gomer was metaphorically named Lo-ruhamah, meaning "the unpitied one." ….to be cont’d